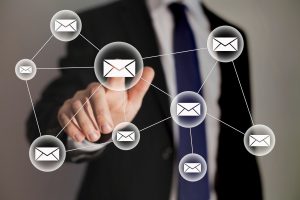 We continue discussing CDN and everything connected with it. Now when you know how this technology works, it’s time to learn about its main advantages, trends in development, and security features.

Prolific development of mobile and app-connected Internet makes providers, content managers and online sellers simplify web-site navigation and enhance end-user experience. It is mostly done via accelerating web-page loading. Even one additional second in loading can “steal” up to 7% of conversion rates, which is considerable. This is where CDN comes in handy: this is a must-have for those who want to reach global connectivity.
Integration of CDN improves everything from company online infrastructure to the expenses of IT staff, web-site management, etc. Full potential of CDNs is not opened yet, it is to happen in the following decades, but it evolves by 20% every year. Its main benefits are:

1. It provides global coverage
One third of global population is online, and the use of Internet has increased greatly during the last 10 years, which is why many businesses have an opportunity of using CDN and having numerous benefits from it. CDN help to overcome the problem of latency with the help of cloud acceleration and points of presence (POPs) across the globe. Now we can avoid the issue with long distances between end-users and origin server, making connection faster and more secure.

2. Reduced latency
As far as CDN consists of servers located in popular places across the world, and these servers duplicate content, it allows reducing latency enormously, because a user is close to one of these servers. To put it simply, the less latency is, the quicker data is transferred.

3. Optimal distribution of data centers
If your server is located in Asia, and users from Europe try to access your web-site, they will have to make several electronic hops to access the data. With CDN, you can choose points of presence in strategically important data-centers located close to your target audience.

4. Reduction of Load
The lower load on network and origin server is, the better performance gets. Load is especially high during traffic spikes because of a huge number of users on a server who consume resources and degrade performance for the others. If you redirect users to edge servers, load on the origin server will decrease considerably which will contribute to better user experience and increase of conversion.

6. Detailed data analytics
A lot of CDNs supply file usage reports, because buyers usually are charged per byte. These can add to your web-site analytics and provide valuable additional information. You will know for what exactly you pay every single cent, and may use analytics to examine performance metrics and develop even more. Besides, analytical information allows discovering trends that can be used for advertising sales.

7. Cost efficiency
Another great advantage of CDN is reduction of costs. How? A global CDN will eliminate expenses because you won’t have to buy costly foreign hosting. Global CDNs provide a single platform that works across several regions at a moderate price, which is ideal for minor web companies with tight budgets. Besides, traffic transfer is not placed on one backbone – it is distributed to edge servers that balance the load. In the result, content delivery costs lessen.

8. CDN prevents DDoS attacks
DDoS attacks are more dangerous than it may seem at the first glance. They not only lead to economic losses, but can also cast a slur on a company and degrade the image of a brand or an organization. How CDN helps to avoid DDoS attacks? It analyzes traffic while making your web-site run and function. Cloud solutions track and stop the attacks even before they reach your data-center.

Aside from these major advantages CDN provides other benefits that can improve customer experience and site performance:
-Plus 1% of revenue for every 100 ms of page load time reduction;
-Getting more customers and achieving better client satisfaction;
-More flexible traffic management;
-Improved availability of products;
-Simple delivery of audio and video content;
-Possibility to make a more interactive web-site without risk to lose users because of latency;
-Reaching mobile customers;
-Simple adjustment of settings to boost performance;
-More scalability and opportunities for growth.

Since such Internet services as streaming, online video and music, and MMORPG have caused dire need for web expansion, the demand for excellent Quality of Service (QoS) has appeared. CDNs have been created as a great solution to deal with all these problems to come up to users’ expectations in terms of content quality. CDN market is rapidly evolving in Europe, the USA and Asia Pacific (APAC) regions.
By 2019, CDN market is expected to grow to $12.16 billion soaring by 26.3%. There are several trends that triggered the development and increased adoption speed of CDNs:

1. Growth of Internet accessibility and usage
During the last decade, the number of Internet users increased three fold: from 1 billion in 2005 to 3 billion in 2015. Phones and tablets contributed to that considerably: stats show that 2 of 3 adult Americans have a smartphone. It is estimated that by 2017 about 50% of cell phone users will own smartphones. Traditional technologies like WAN can’t live up to users’ expectations for speed and connectivity, which is why more efficient solutions are required to keep up with the pace.

2. Mobile Internet
Since users become teach-savvy, 3G and 4G technologies are the most popular today. They boost web-site speed and performance regardless of the device. Mobile-optimized web-sites (in terms of desktop, speed and performance) are ranked better by search engines, especially by Google. That made up for dynamic mobile optimized CDNs.

5. Internet security
When users type in their credit card numbers to make an online order, they trust in that store. Internet thieves go with the times, too, and DDoS attacks now are on their rise. CDN has an additional level of security and may improve web-site security dramatically.
Since visitors started consuming more video, watching it more often and requiring higher quality of content, CDNs have become as popular as never. Modern video consumption level is increasing very, very quickly. We should note that there were two major things which triggered the development of CDN: evolution of mobile technologies and social media. Since most network operators have become aware of CDN benefits, many European and American companies launched CDN.
CDN is used in various industries, including advertising sphere, entertainment and media, games, healthcare and education, online resellers of music and electronics, mobile operators and Internet service providers.

As we have already mentioned, DDoS attacks have much more serious influence than you can think. They can lead to serious economic losses and negative impact on company’s reputation and image. Studies have shown that a usual company can start resolving such attack in about 10 hours. It will get averagely 4.5 hours to detect an attack, and 5 hours before mitigation can start. Average cost of attack is about $100,000 an hour. Thus, a large company may lose about $1 million before the problem starts being resolved.
To secure your company, you should already have mitigation protection in place. Each web solution comes with a range of requirements. Protection against DDoS attacks at network layer is possible due to special network architecture that absorbs traffic and filters it so that to prevent unauthorized access. Every business is different and needs special approach.
When you select a DDoS mitigation solution you should have the following questions.

Is there positive protection?

Most DDoS attacks at the level of network may be prevented only by filtering and passing legitimate HTTP traffic in the network. Such solution should prohibit the other non-application traffic without application payload.

Does it prohibit the entire attack traffic?

Some attacks aim not at services and web applications – they are directed though non-web ports and FTP. Thus, you should find a solution that may analyze your traffic to secure your web-site more effectively.

Does it stop attacks before they get to your data center?

Applications for online trading and media streaming require outstanding performance. The types of attacks and traffic multiply which is why more hardware and rules are needed. Search for a solution that contributes to both better security and performance.

How much does ownership cost?

Some people take into account only the cost of solution forgetting about the entire cost of ownership. But it may also include the price of the device, redundant systems and expenses of data breach. Traditional solutions used before CDN require more expenses on bandwidth, load balancers and firewalls. It is quite expensive and ineffective in most cases. Cloud based services like CDN exist outside company data center and secure traffic before it reaches infrastructure. They absorb attacks two major ways: routing malicious traffic to a centralized location where it is filtered, and examine it via distributed network of servers.

How does CDN help with security issues?

As far as CDN utilizes edge servers from various data centers located in several regions, its infrastructure ensures more secure network. CDNs absorb less serious DDoS attacks with bandwidth. Besides, with CDNs you avoid the problems caused by DDoS that overload server. Load is processed in different PoPs which prevents server saturation. Furthermore, some CDN providers block threats and restricts bots and crawlers who steal your bandwidth and server resources. As the result, spam and hack attacks are reduced. But mind that services depend on the provider and its abilities.

Unprecedented INXY promo will get
you Premium-class CDN
from

Unprecedented Promo
will get you CDN from

for as low as $6/TB!contact us now